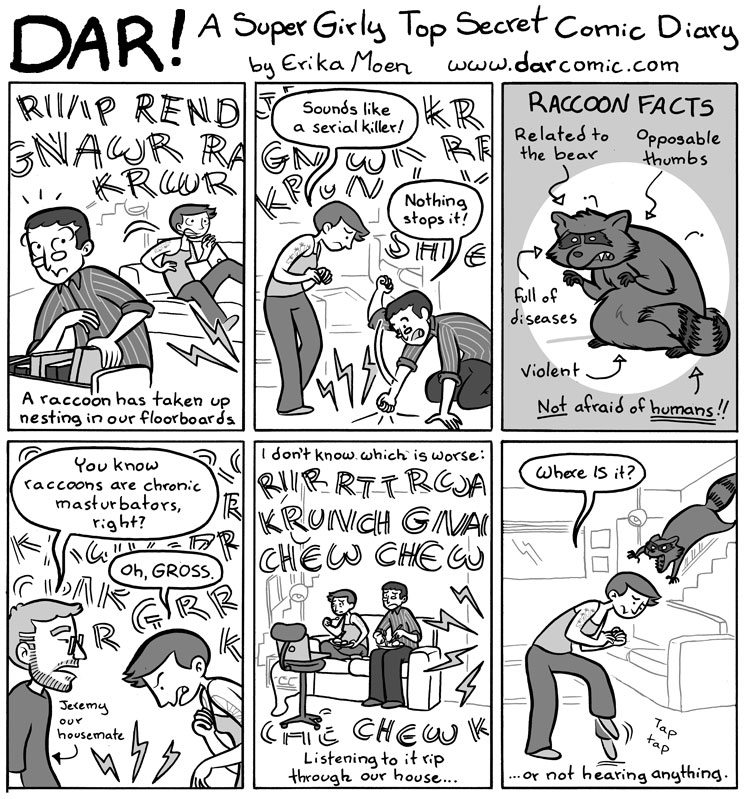 September 26-27 I will be at SPX in Baltimore, MD, tabling with that Latin sensation Aaron Diaz!

For those that have bought DAR! Volume One, I am holding a sorta contest in which you profit off of my inability to use a spellchecker! To learn more, head on over to Ye Olde El-Jay!

Man, this has been a lot of exclamation points for just one entry!

Oo, one more announcement, just for the road:
Steve Lieber and Jeff Parker, two of my studiomates and all-around favorite people, have a release party coming up for Underground, their comic being put out by Image Comics. If you’re in Portland, I really recommend you come check out this shit!