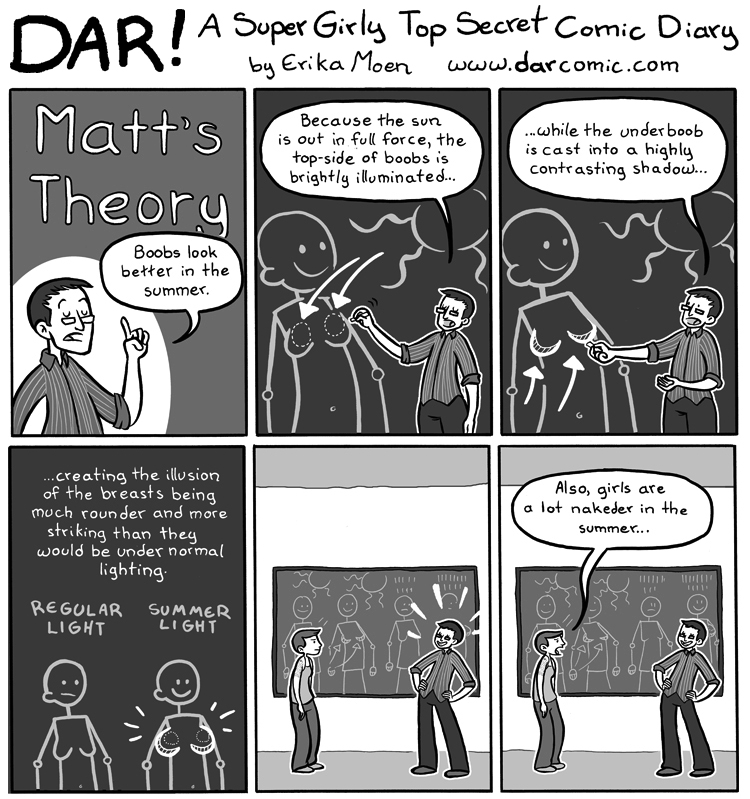 Though I have listened to Matt‘s theory many times, this particular comic was based on the reaction he got from sharing his scientific discovery with Lucy.

–June 13th, I’ll be tabling at the Olympia Comics Festival in Washington state!